There are striking differences in the incidence of breast cancer in different places. Breast cancer accounts for 28.4 deaths per one hundred thousand in England and Wales, but only 19.2 in France, and 5.8 in Japan. There are many possible reasons for these differences, for example climate, diet, genetic inheritance, environmental toxins, patterns of birth control or breast feeding and age at first pregnancy. Women moving from low incidence to high incidence countries seem to acquire the higher risk of their new country.

5-10% of breast cancers are believed to involve a hereditary factor. Women with no children or late first pregnancies (aged 30 years+) are more likely to develop breast cancer. Risk increases with early onset of menstruation and late menopause. Exposure to significant doses of radiation increases breast cancer incidence. Most of the factors affecting breast cancer development are still unknown.

A lump or thickening in the breast or armpit tissue is the first symptom in 80-90% of breast cancers. Other symptoms include dimpling or flaking skin, nipple discharge or bleeding, pain in the breast, change in breast size or shape, or any new difference in appearance or feel of the breast. If any of these symptoms are found medical advice should be sought. Only about 1 in 9 breast lumps seen by a doctor will prove to be cancerous. For every 10 women with cancerous lumps, 5 or 6 can be treated initially without removal of the breast, and 3 or 4 will die of a cause other than cancer.

Mammograms are simply X-rays of the breast. They are most successful in detecting breast cancer in women over 50 years. Breast tissue of younger women is usually too dense to allow cancers to be seen. Currently all women aged 50-64 years are offered a 3-yearly mammograph. Women aged over 64 years are also entitled to screening, but must request it.

Conservative surgery removing only the lump or segment of breast is now offered to up to two thirds of women with one small tumour. If the tumour is too big or has spread too far mastectomy is more suitable. Also some women choose mastectomy because it brings them greater peace of mind. Surgery is often followed up by adjuvant therapy (see examples below) to kill stray cancer cells. Every woman who has a mastectomy is entitled to suitable breast prosthesis on the NHS.

Radiotherapy is usually given post-operatively to the breast and sometimes armpit regions. Courses range from 3-6 weeks or more, with patients usually receiving one dose a day, five days a week. The side effects of radiation can be slight reddening or discomfort in the treated area, tiredness and nausea. Most patients can expect to remain pretty well throughout treatment.

Tamoxifen is a hormonal therapy that works mainly by depriving residual cancer cells of the oestrogen they require for growth. It is especially effective in protecting post-menopausal patients, however recent evidence suggests it may also be useful in pre-menopausal patients. Side effects are few, but may include vaginal irritation, occasional nausea, and symptoms similar to those of the menopause, e.g. hot flushes and irregular menstruation. Tamoxifen is usually prescribed for 2 or 5 years.

Anti-cancer drugs (chemotherapy) aim to track down and kill cancer cells anywhere in the body. Most pre-menopausal patients under 50 years are routinely offered chemotherapy, usually with 6 courses of a standard drug regime known as CMF (cyclophosphamide, methotrexate, flouracil) given on an outpatient basis over a period of around six months. Chemotherapy increases the survival of patients whose cancer has spread to the lymph nodes, as well as increasing disease-free survival in patients without any node involvement. Possible side effects include the disruption or cessation of menstrual periods, with possible onset of the menopause. Also tiredness, nausea, loss of hair, mouth ulcers, loss of appetite and diarrhoea.

Techniques have been developed enabling surgeons to produce a breast that looks attractive and matches the other side. In most cases a cosmetic result that pleases the woman can be produced. 25-50% of women who have had a mastectomy will request breast reconstruction.

All women who have had breast cancer should be monitored for recurrences, usually with an annual check-up for at least five years. Recurrences occur in 20-30% of women who have undergone surgery aimed at cure of the disease. With early diagnosis and treatment 85% of women will survive at least 5 years.

Cancer cells are carried from the breast to other areas of the body by the blood supply and lymphatic system. Breast cancer most commonly spreads to the lymph nodes, bones, liver, brain, lungs and ovaries. Surgeons will often remove some lymph nodes to tell whether the cancer has spread and to stage the development of the disease. The main problem with breast cancer is not related to local control of the disease, but rather the distant recurrence elsewhere in the body that may prove fatal.

Once diagnosed everyone should have the following options: 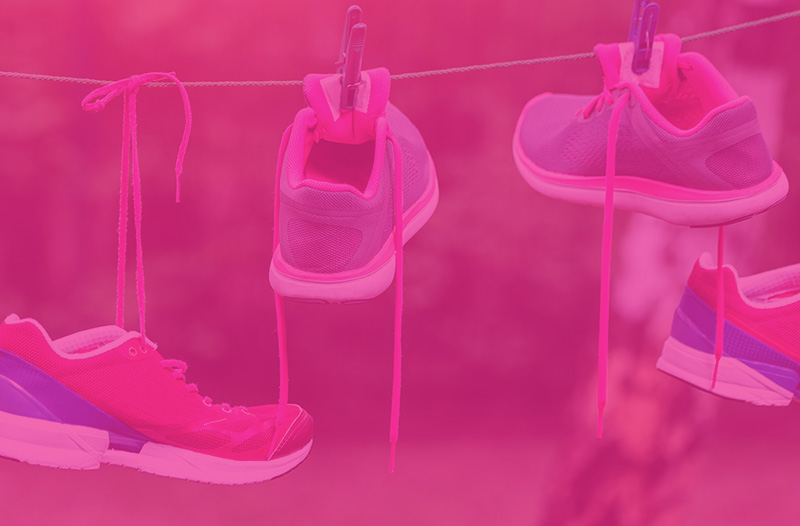 Have a look at our A to Z of Fundraising ideas leaflet. It’s full of over 100 great things to do from Aerobics and Kiss-a-thons, to Zombie parties. There’s bound to be something right up your street.

Who can apply for a grant?

We are delighted to have awarded grants to many and various charities concerned with breast cancer. Any charity working in the field of breast cancer both nationally and internationally can apply.